Du to covid 19 it is possible that the delivery time on some products is longer than normal, in this case we will communicate with you quickly...

The Ui Series mixers feature cross-platform compatibility with iOS, Android, Windows, Mac OS, and Linux devices, and can use up to 10 control devices simultaneously. In addition, the Ui12 and Ui16 each feature built-in HARMAN signal processing from dbx, DigiTech and Lexicon, including dbx AFS2, DigiTech Amp Modeling, and more. Both models feature fully recallable and remote-controlled mic gain and phantom power, along with 4-band parametric EQ, high-pass filter, compressor, de-esser and noise gate on input channels.

Both mixers offer 31-band graphic EQ, noise gate and compressor on all outputs, plus real-time frequency analyser (RTA) on inputs and outputs. Built in are three dedicated Lexicon FX busses: Reverb, Delay and Chorus. In addition, mixer controls include Subgroups, Mute groups and View groups, among others. The Ui Series mixers feature full Show/Snapshot recallability with channel recall safes. while security lockout features allow customization of device access to only specific functions and mixes if needed. Both mixers also offer independent network interfaces on board for simultaneous control by Wi-Fi and Ethernet, plus a floor-ready rugged chassis for live applications. 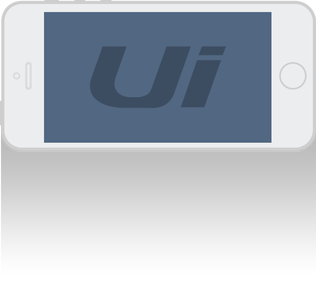 We have a 5-day return policy, which means you have 5 days after receiving your item to request a return.

To be eligible for a return, your item must be in the same condition that you received it, unworn or unused, with tags, and in its original packaging. You’ll also need the receipt or proof of purchase.

To start a return, you can contact us at boutique@seconcept.com. If your return is accepted, we’ll send you a return shipping label (at your expenses) as well as instructions on how and where to send your package. Items sent back to us without first requesting a return will not be accepted.

You can always contact us for any return question at boutique@seconcept.com.


Damages and issues
Please inspect your order upon reception and contact us immediately if the item is defective, damaged or if you receive the wrong item, so that we can evaluate the issue and make it right.

All Returns must contain all associated packaging and materials (ie accessories, manuals, wires, etc). Merchandise that is not returned in brand-new condition, including damages, abuse, marks, showing wear, or with missing packaging or accessories, will be subject to additional charges. Shipping and Handling charges (delivery and return) are non-refundable, including any shipping fees not directly incurred that are part of a free shipping promotion. Any items packaged with software, including but not limited to, DJ Controllers, Audio Interfaces, etc., must be returned with the original software disc including serial number and proof of deactivation.

Exchanges
The fastest way to ensure you get what you want is to return the item you have, and once the return is accepted, make a separate purchase for the new item.

Refunds
We will notify you once we’ve received and inspected your return, and let you know if the refund was approved or not. If approved, you’ll be automatically refunded on your original payment method. Please remember it can take some time for your bank or credit card company to process and post the refund too.